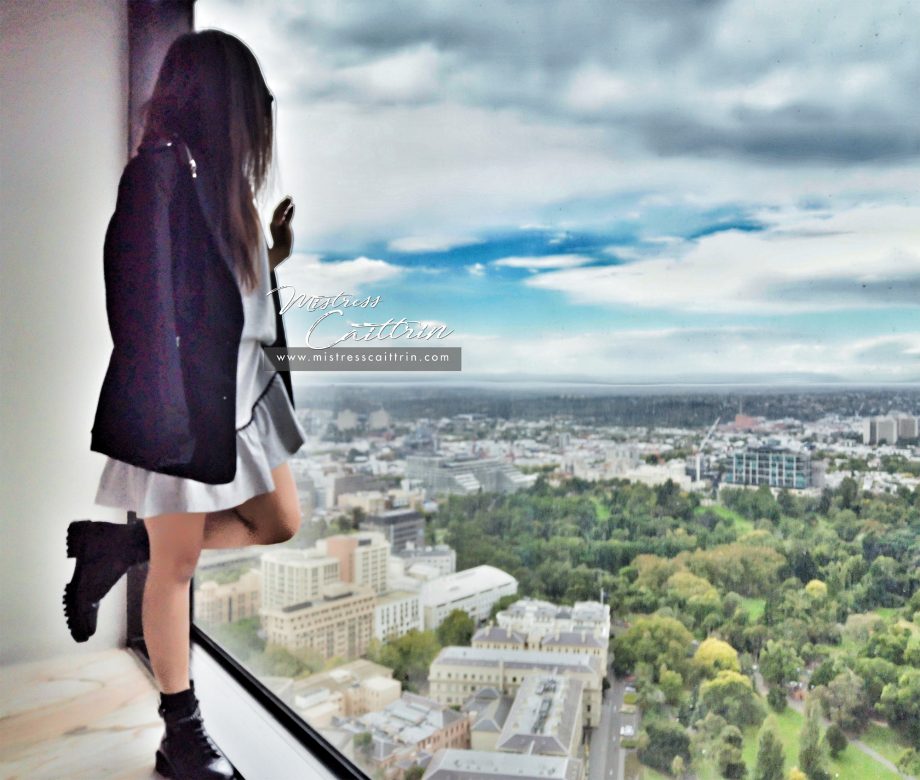 March just left us but it was an eye-opening experience to travel for what I love and not be a tourist fighting with the crowds at attractions or the insane amount of shopping like many others with overweight baggage. Outbound from Singapore to major cities. Am I a local Hong Kongese in Hong Kong? Vietnamese student in Melbourne? Filipina traveller in Sydney? I know I do not have a common face or obvious Singlish but it’s intriguing everywhere I go people think I’m just not Singaporean even in Jakarta.

I’m never a fan of going to touristy places unless it really interests Me. My yearly affair with Hong Kong before I started as a professional never leads Me to Ocean Park or Disneyland. Now that I travel for kink, Lane Crawford and David Jones are the places where I love to spend My spare time looking at what I should have in My closet but never swipe My card on impulse.

As I hit the keys on My laptop after almost a 3 hour of flight delay on the way back home, I guess the last city where I was carved My heart the most. I met so many wonderful people throughout My March tour but finding your own citizen abroad makes Me feel less lonely. When T cursed at his shoes before we part our ways with “chibai”, it felt like I’m back home.

T and I first met on a sudden cold night of 8 degrees in Melbourne over at My long time friend’s place. He approached Me wondering why am I alone. He asked where I was from and he said, “Hey, I’m from Singapore too!” I told him, yes I know, no thanks to his accent. It doesn’t take a rocket scientist to know what a Singaporean sounds like but it is obvious to know whether one has lived abroad based on the vocabulary they used and their manner of speech.

T didn’t know who I was or what was My real intention of travel and neither did he suspect anything unusual when I tried to hide away My Hitachi or why do I have lube or condoms when I am travelling alone. I hope I didn’t scare him away with My boring vanilla self though we still communicate with each other. Let’s hope one day we will get the chance to meet again and perhaps roleplay.

I had a hard time explaining to a Sydney sub what “suaku” means at the cashier counter when I said yes to him for a supper in Macs which they refer to it as “Mackers”. He recommended Me to Oporto because I was telling him how special our Mcdonald’s curry sauce is. I tried the peri peri spicy chicken cheese balls and is one whole big fat lie. I don’t take spicy food but this is really nothing 🙁 Plaything J was telling Me that they have to tamper the spiciness to cater to the Caucasians and the only real spicy to try is only available in Asian restaurants.

I got mistaken by a random OZ student on the street as Vietnamese while I was in Melbourne and a well-travelled Pinay pilot couldn’t recognise My accent in a hotel bar back in Sydney. The security in a bar when I was at a munch in a Sydney suburb was telling the waitress that he already checked My ID and mentioned that I look extremely young, perhaps 10 years younger. Food for thought, I didn’t know that our dear publicly listed company in Singapore have some ownership here in Australia.

I’ve got plenty of backlogs to clear but without the Internet, there’s nothing much I could do within these 8 hours of non-stop journey other than flipping a book that I bought about power dynamics and tantra after a workshop last weekend.

Let’s start with Hong Kong, the city I am most familiar with after Singapore and My first city stop in March 2019.

I do not have the privilege to travel with Cyrus due to his university schedule unlike our last December trip during his mini-break after exams. It’s pretty much a solo trip from now onwards.

After I landed, I was wondering why it was so foggy from the aeroplane windows. Well, the weather wasn’t really kind to Me that week. It rained almost throughout the time when I was there and who is this smart alex that didn’t bring any jacket other than a blazer to save herself.

Thanks to Sub J who gifted Me leather gloves for My last trip, it saved Me from this chilly weather. Initially, I brought it because I wanted to take pictures with it but it’s indeed a lifesaver. When I wore it to the munch that afternoon, everyone was eyeing it and the local Hong Kong subs who were there constantly staring and eventually, they had the chance to kiss it before we part our ways.

Met a number of familiar faces and made new friends. Those who have met Me before during My last December trip were asking where was your young boy. Unfortunately, university life kidnapped him away.

Also, I unexpectedly brought back a sub from one of the munches that I went to because he was so eager to serve. Well, he had the chance to clean My boots for Me! I’ve also taught him how to behave although I know he is too excited. He brought along his body stockings and wore them. Looks really great on him.

The next few days consist of catching up with the lovely ladies. It’s a pity that Euryale was out of town and Jessica wasn’t available but there’s always next time! I met a highly educated British lady, Mistress Alice and we spent hours having a great conversation over high tea.

I also had the chance to meet gorgeous Miss Kay. We actually spent the morning chasing after the ferries under the rain. Her fitness level is amazing and this reminds Me that I need to start exercising again and not procrastinate. She brought Me to Lamma Island and we walk from one end to another. The view from the top of the trail is breathtaking. 12 in the afternoon and no sweat! If I were back in Singapore, I would be a “chaota” egg by then. We had a seafood lunch before we part our ways. I really love the view, reminds Me of My past trip to Tai O. Wished I could taste the fresh octopus again but there was none there 🙁

I was tempted to take the ferry to Aberdeen but perhaps another day when I have a full day to explore. Did some shopping over at Causeway Bay and finally, more outfits to keep Me warm. Also, comfortable combat boots became My favourite pair during My travels. As long I’m outside of Singapore, I’m expected to walk a lot and could easily hit 10k steps a day. (Well, that’s what My phone counter says).

Spent the next few days with My beloved subs. I am highly selective of those who I choose to serve Me. I am very pleased with My selection, having great connections during and out of the session. I hope to reconnect with them again if they choose to meet again and continue where we left off.

Plaything D and I spent the afternoon together after O/our playtime and this kind of encounter makes Me feel so blessed that kind subs like him exist despite being surrounded by many self-entitled and attention-seeking men who disguise themselves as submissives/slaves. Thank you Plaything D for bringing Me around Hong Kong and already looking forward to My next trip in November! We tried to catch the sunset but the clouds hid it 🙁

I’ve never felt such a great connection after a long time ever since I met Cyrus. Plaything D has been following Me ever since Backpage days and finally, we had the chance to meet in real life and I am thankful for the opportunity.

Love the aesthetic of this place aka decommissioned prison/police station. I was telling plaything D that it is too nice to look like one!

Went back to the hotel concierge after we left. Overheard a Caucasian businessman enquiring about the trip to Hong Kong Station for the airport I asked whether he would like to share a cab ride since we were heading in the same direction and he said why not.

In the cab, he mentioned he lived in Sydney before moving over to Tokyo for work. Being the curious cat I asked where should I go. There are so many good coffee places but sigh, tea is meant for Me. Will be skipping T2 since they’re available back in Singapore. This leaves Me planning in-depth about My next tour trip to Australia. Can’t wait!

ps. I mistook a snack given as a granola bar that I can save for breakfast and apparently it is ice cream at the end of My flight after the guy next to Me mentioned it. Well done Cat, come I clap for you.